Massive die offs of fish and birds in Arkansas have some folks wondering if the end is near in the... 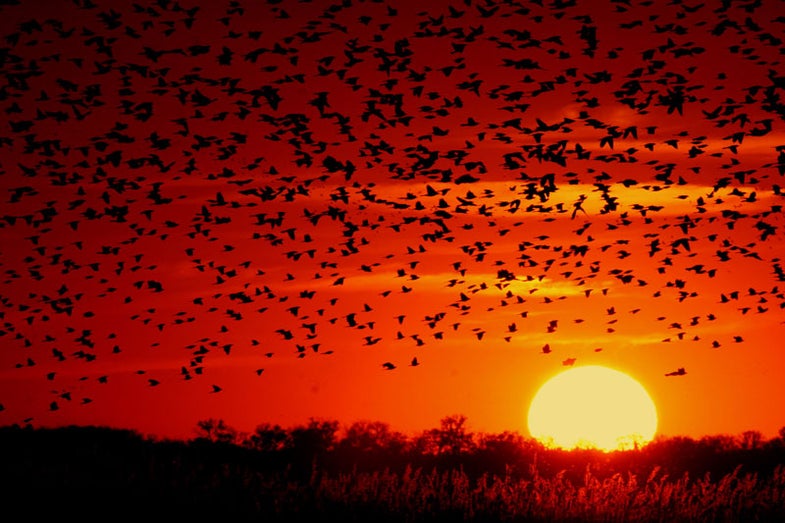 Massive die offs of fish and birds in Arkansas have some folks wondering if the end is near in the Natural State.

While the random deaths of thousands of red-winged blackbirds near Beebe, Arkansas combined with the mysterious deaths of about 80,000 drum fish in the Arkansas River only days earlier, may seem like signs of the apocalypse, experts say not the worry, the two events were not related.

On New Year’s Day Beebe residents woke up to thousands of dead birds laying on streets, yards and cars. The birds are being analyzed by scientists for toxins, but most experts agree that either a thunderstorm or fireworks killed the birds. The theory is that a large shock could have stunned the birds paralyzing them or confusing them.

Whatever killed the birds is not expected to harm humans, but clean-up crews took no chances and wore Hazmat suits while they collected the carcasses.

Just days before the blackbird massacre, a tug boat operator noticed thousands of dead drum fish floating in the Arkansas River. Experts estimate between 80,000 and 100,000 drum were killed, according to the Chicago Tribune.

Since only drum were affected, scientists say the fish were probably sick and the river wasn’t poisoned, but no one knows for sure. The dead fish are being sent to the University of Arkansas to be tested and the results are expected in a month.

Hopefully Arkansas still exists by then.