It’s a long-proven fact that breaking hunting and fishing laws doesn’t require the highest level of human intelligence. But earlier... 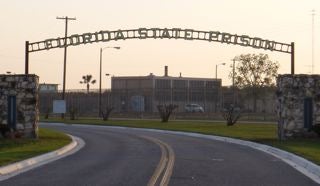 It’s a long-proven fact that breaking hunting and fishing laws doesn’t require the highest level of human intelligence. But earlier this month, a trio of Florida teens took deer-poaching prowess to a new, uh, low.

The three, hailing from Lawtey, FL, were arrested for using rifles to poach deer on state property near Raiford on January 6. The state property in question happened to be the grounds of the Florida State Prison, where the introduction and use of firearms constitutes a second-degree felony.

We all can agree that poaching is dumb. But poaching on state prison property is decidedly dumber.

Beyond the obvious lack of reason and logic involved in the act, one of the three, Houston Fender, 19, had been to court just weeks earlier, charged with two counts of taking deer out of season. According to the Lakeland Ledger newspaper, Fender was sentenced to one-year probation and a three-year suspension of hunting rights by a Bradford County judge on Dec. 14.

Now Fender is facing more serious charges, including the introduction of firearms on prison property, taking deer during a closed season, hunting in a closed wildlife management area and violation of probation.

He is currently a houseguest at the Bradford County Jail, where he resides without bond.

The other two, Aaron Griffis and Shea Wilson, both 18, face charges of introduction of firearms on prison property, taking deer in closed season and hunting on a closed WMA. Both are free on bond.