As our society grows ever busier its hard to find enough time to hunt. And it get’s even more difficult... 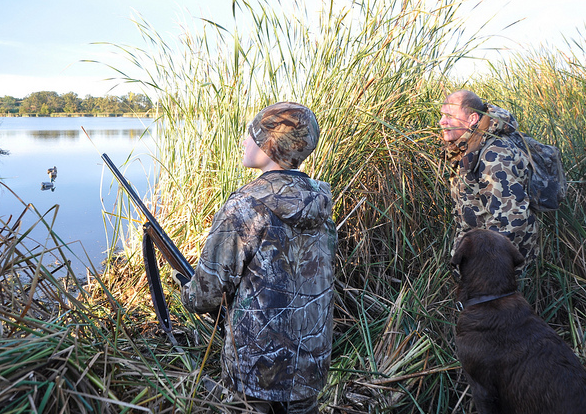 As our society grows ever busier its hard to find enough time to hunt. And it get’s even more difficult when you’re not allowed to hunt on half of the weekend — currently 11 states along the East Coast ban Sunday hunting.

The ban is established by blue laws, religion-based laws that preserve Sunday as a day of rest, that were passed in the 1700s. Most of these laws have since been repealed or are no longer enforced, but somehow the Sunday hunting ban has managed to stick around. For years people have tried to kill the ban, but now a powerful coalition of conservation groups, hunting associations and businesses have rallied to end it once and for all.

The coalition argues that a Sunday ban makes it nearly impossible to introduce kids to the sport. They have school, sports, and extra curricular activities five days a week leaving them only Saturday to hunt.

Also, opening a hunt on Sunday would be a financial boon. According to the NRA, an economic impact report released by the coalition indicates that removing the ban would result in about 27,000 new jobs being created in the 11 states. The report also says these jobs would pay more than $730 million in wages and contribute $2.2 billion to the economy.

In Virginia State Sen. Chap Peterson, D-Fairfax, introduced a bill (Senate Bill 850) that would allow Sunday hunting. This bill will be heard on Monday.

While this is by no means the first push to open Sunday to hunting, hopefully it’s the final one as other states follow Virginia’s lead.