At 8:30 a.m. tomorrow, the Virginia House Legislature will vote on a bill that would allow landowners to kill bears,... 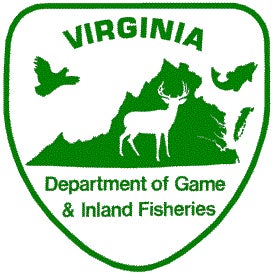 At 8:30 a.m. tomorrow, the Virginia House Legislature will vote on a bill that would allow landowners to kill bears, deer, Canada geese and elk out of season if they were deemed to be “damaging agricultural operations.”

Agricultural operations are defined as an “operation devoted to the bona fide production of crops, or animals, or fowl including the production of fruits and vegetables of all kinds; meat, dairy, and poultry products; nuts, tobacco, nursery and floral products; and the production and harvest of products from silviculture activity.”

Current Virginia policy requires that landowners obtain permission before killing an animal that they deem destructive, and an investigation by the Virginia Department of Fish and Game is necessary before permission is granted. The current policy also extends only to deer and bears, not elk or Canada geese, which would be included in the new legislation.

If the bill passes, a landowner would only need permission from a designated director, without onsite verification of the damage, and then would be permitted to kill an unlimited number of animals, out of season and at night.

The director, or designee that issues permission may, in writing, limit the number of animals that are allowed to be killed, and specify time restrictions, but such constraints aren’t mandated by the bill. Even with the permit, the landowner would still be subject to the local ordinances regulating the discharge of firearms. The obtained permit is valid for 12 months unless otherwise specified.

Changes to the current legislation are illustrated here.

Some sportsmen in Virginia are concerned that less regulation over the killing of animals that are deemed to be damaging land might mean trouble for the respective populations.

In a press release from the Congressional Sportsmen’s Foundation issued Tuesdays), the CSF wrote:

“While sportsmen respect the rights of private landowners, removing the investigation requirement before a permit is issued to kill these animals threatens the long term health of the state’s deer, elk and bear populations.”