The border battle along the U.S./Mexico line has taken a new turn: shark fishing. According to a recent story by... 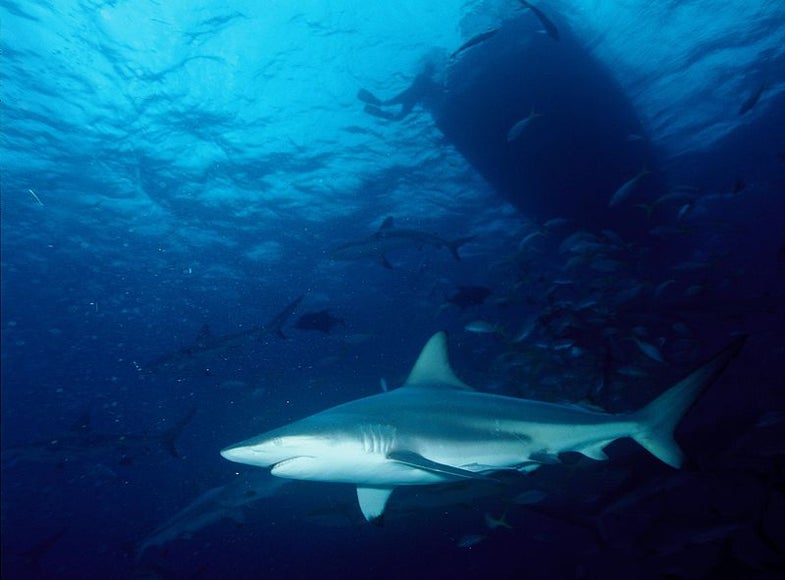 The border battle along the U.S./Mexico line has taken a new turn: shark fishing. According to a recent story by the Washington Post, fisherman just south of the Texas border have been sneaking up into U.S. waters to harvest thousands of sharks each year.

Biologists say that Mexican fisherman illegally take at least 50,000 sharks from U.S. waters each year. The majority of the sharks they catch are black tips, sand bar sharks and hammerheads. They cut off the fins and then ship them to Asia, where shark fin soup has become the hottest of culinary trends. There is such a demand for shark fins that the global shark fin trade is worth more than 1 billion dollars.

In Playa Bagdad, the focal point of the Post’s story, shark fins are worth up to $35 per pound.

The U.S. Coast Guard patrols the border waters, but Mexican fishermen have perfected the art of sneaking across the border to fish and then fleeing back south when they’re spotted. The Coast Guard can’t follow the fishermen back into Mexican waters.

According to the Post, the Coast Guard catches dozens of the trespassing anglers each year, but they remain in U.S. custody for less than 24 hours and then are sent back across the border to Mexico. It’s not uncommon for the same illegal fishermen to be apprehended several times by the Coast Guard.

Mexican shark fishermen are creeping north because Mexico’s shark fishery has already been exhausted in that region of the Gulf. Scientists worry that more illegal fishing will greater damage shark populations and possibly even throw off the entire ecosystem.

“Because these guys fly under the radar, they could be catching a lot more sharks than we think,” said Robert Hueter, a shark biologist at the Mote Marine Laboratory in Sarasota, Fla., told the Post. “The fact that much of their fishing might be unaccounted for — that’s the big concern.”