A rule reversal quietly made to the Illinois firearms ownership registration system earlier this year could potentially prohibit hundreds of... 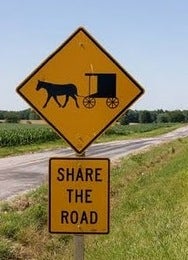 A rule reversal quietly made to the Illinois firearms ownership registration system earlier this year could potentially prohibit hundreds of otherwise law-abiding state citizens from owning firearms and going hunting to help put food on their tables.

Until this year, members of the Amish community in Central Illinois have been exempt from having their photographs on state-issued Firearms Owners Identification (FOID) cards. The cards are necessary for firearms and ammunition purchases and gun ownership in Illinois.

The Amish hold strict religious beliefs and are also known for being uncomfortable with photography, especially posed photography, which they believe leads to idolatrous vanity.

On Feb. 14, Illinois State Police Director Jonathon Monken, now the head of the Illinois Emergency Management Agency, announced that the photo exemption would be changed, meaning every gun owner in the state–regardless of religious belief– must meet the strict FOID photographic identification requirements.

The Mattoon Journal-Gazette reports that last week Amish residents met with state lawmakers and law enforcement principals in an effort to rescind the ruling that they believe is an intrusion on their privacy.

Pennsylvania and Ohio, other states with the large Amish populations, each allow exemptions for photographs on state documents when religious beliefs forbid a person from having his or her photo taken.

“A lot of the Amish hunt and they usually use squirrel or rabbit rifles to bring some food back home. Their big concern is this means they won’t be able to purchase guns or ammo. They have a religious edict against photographs,” said Douglas County Sheriff Charlie McGrew, who attended the meeting.

Lawmakers meeting with Amish representatives expressed frustration that Monken handed down the decision about the FOID cards on his final day in as state police director.

“It was unfair for him to do this on the same day he was leaving,” state Rep. Chapin Rose (R-Mahomet) told the Journal-Gazette.