Under a measure signed into law by Governor Gary Herbert on Wednesday, Utah’s concealed weapons permit system–widely popular among gun... 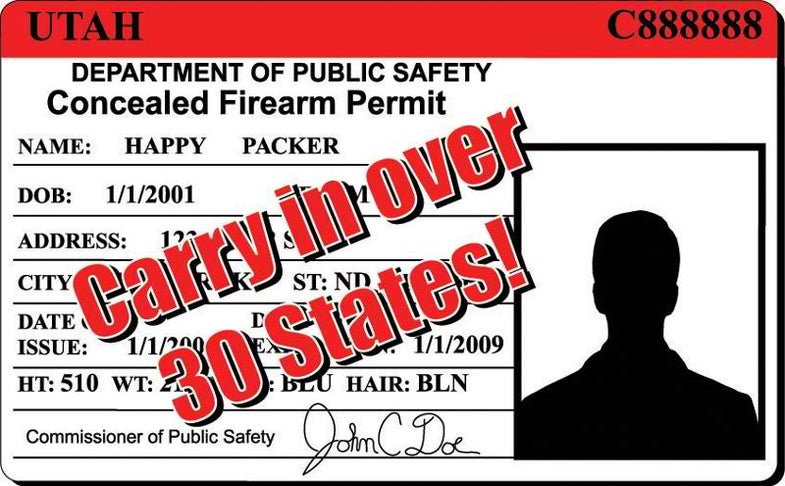 Senate Bill 26 requires non-residents who seek a Utah concealed-weapon permit to first obtain one from their home state, if available. As a result, it will most certainly impact what has become something of a cottage industry for The Beehive State–the classroom instruction and issuing of its concealed-weapon permits to residents of other states who wish to legally carry in as many states as possible.

In recent years, the popularity and wide reciprocity of the Utah permit spawned the presentation of training classes by Utah-certified instructors in states and urban areas nationwide, including cities like Chicago and New York.

“You don’t have to go too many years back to see when we didn’t have many (instructors),” UBCI firearms section supervisor Jason Chapman told the Salt Lake Tribune. “It’s really exploded the last few years.”

In recent months, the neighboring states of Nevada and New Mexico ceased to recognize Utah CCWs, citing, among other reasons, the Utah training course’s failure to require hands-on shooting and lost revenue from its own residents opting for the Utah course rather that its in-state one.

From 2009 to 2010 Utah permits issued to Texans more than doubled, from 2,173 to 5,678. Further, a Utah permit requires only four hours course work and no hands-on firearms training, while Texas requires 10 hours, including firing a gun on a shooting range. The Utah training/permit fee is $65, compared to $140 in Texas.

Sen. John Valentine, R-Orem, sponsored the bill and said he introduced the measure to address the concerns of other states that were considering ending their reciprocity with Utah’s CCW permit. Valentine said he understands that states prefer to train and qualify their own residents for concealed-carry permits, and they should retain that option, if applicable.

Further, Sen. Valentine said his measure gives states control over their own residents, while ensuring Utahns’ permits will be recognized more widely.