Wounded Soldier Fights For Hunt of a Lifetime 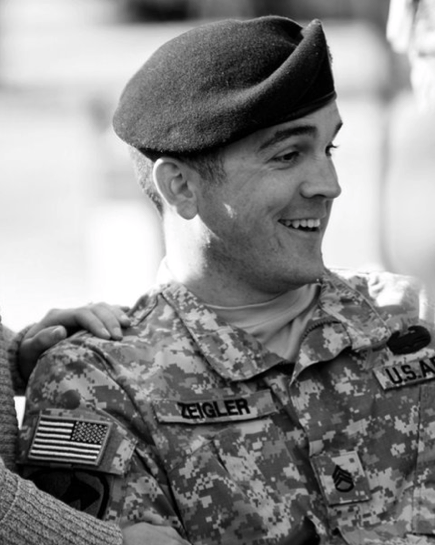 On Nov. 5, 2009, Nidal Hasan open fired on the Fort Hood medical building, leaving 31 injured and 13 dead, making it one of the worst mass shootings on a military base in U.S. history.

Of the most critically injured was Staff Sgt. Patrick Zeigler, a 29-year-old hunter, who was shot in the head, shoulder, hip and forearm. After undergoing six brain surgeries and 16 months of grueling rehabilitation, Zeigler miraculously regained the ability to talk and walk with the assistance of a cane. When an army chaplain asked him about his goals for the future, Zeigler said he would one day like to be able to fulfill one of his life-long dreams: to go on an elk hunt.

“When I knew all these people were behind me from so far away, from so many parts of the country, that’s when I knew I was going to keep recovering and be a part of the Army the rest of my life,” Zeigler told the Reno Gazette-Journal last Thursday at the Rocky Mountain Elk Foundation’s annual convention, where he was being honored.

But on Friday, Zeigler took a turn for the worst. He fell down in his hotel room and a life-threatening blood clot to formed.

Although Zeigler is currently in stable condition in a Reno hospital, doctors say this could be a setback to Zeigler’s long road to recovery.

The trophy hunt, which was planned for September 2011, is now pending.

Before the shootings, Zeigler had just returned to Texas from his second tour of duty in Iraq. He was a member of the 1st Cavalry Division’s 6th Squadron, 9th Cavalry Regiment, 3rd Brigade Combat Team.

Get well quick Zeigler, we’re all pulling for you.