At last word, the serial purse-snatching bandit at the Sandridge Golf Club in Vero Beach, FL remained at large. Authorities... 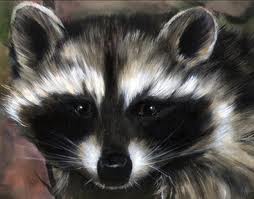 At last word, the serial purse-snatching bandit at the Sandridge Golf Club in Vero Beach, FL remained at large.

Authorities describe the perpetrator as having a medium build and a noticeable limp. That’s in addition to the four legs, long furry tail, pointed nose and masked eyes indigenous to all raccoons.

The thieving habits of the furry fairway filcher first came to light a couple of weeks ago when a woman golfer reported a large purse was swiped from her golf cart while parked at the third hole of the Dunes Course. Then, last Tuesday, a member of a group of regular women players also reported being the victim of a purse-snatcher.

But during that heist, someone got a good look at the culprit, and course authorities were soon on his trail. Golf Course Rangers Tom Lewis and Kenny Henshaw gave chase, but the gimpy raccoon was able to elude his pursuers in the Florida brush.

On further investigation, however, Lewis and Henshaw discovered the thief’s hidden stash, including a purse containing $150 and numerous credit cards, dozens of golf balls, a glasses case and a pouch containing valuables, according to a report in the Palm Beach Post.

A live cage trap has been located near the culprit’s known hiding spots, but so far he’s been able to swipe the tuna fish bait without getting caught.

In the meantime, he’s still on par as the resident course pilferer, keeping the golfers eyeing their bags and balls at every stop.

On Thursday, golfer Bob Albrightson reported seeing the wily raccoon perched on his golf cart. Later he noticed his golf bag had been unzipped.

“I looked on the ground and here was my wallet and he had taken a ball out of my bag as well,” Albrightson told the Palm Beach paper.