Tasers for Catch and Release Hunting?

Is there a potential for people to abuse Electronic Control Devices (ECDs) like the popular Taser stungun and use them... 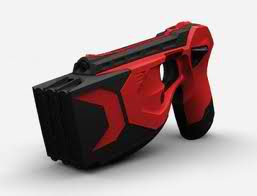 Is there a potential for people to abuse Electronic Control Devices (ECDs) like the popular Taser stungun and use them for big game “catch and release hunting?”

Evidently the Alaska Board of Game believes so.

At its regular meeting held March 26-30 in Anchorage, the Board approved a proposal to prohibit the use of ECDs for the taking of game, except under a permit issued by Alaska Department of Fish and Game.

“The department recognized the lack of authority to regulate the use of ECDs on wildlife and brought the concern to the Board of Game,” states an agency press release issued Friday, April 8. “Restricting the use of ECD technology will reduce the risk of improper or unethical use on wildlife by the public or other agency personnel who are unfamiliar with the potential effects and hazards.”

The Fairbanks News-Miner reports the proposal was written by the department’s Taser expert, biologist Larry Lewis, who said he believes hunters could use the devices to stun animals for recreation. He said the agency isn’t as concerned about a hunter killing a big game animal with a Taser as it is with “catch and release hunting.”

“Conceivably someone could Tase a moose or bear, go up and get a picture taken with it, shut the (Taser) off and then release the animal,” he told the newspaper.

“What we wanted to do was kind of head off at the pass any non-trained use of this equipment,” he said.

In recent years, game managers and law enforcement personnel have used Tasers and similar devices with varied success in wild game control situations. This year, Taser introduced its Wildlife ECD, specifically for use on larger animals.

The proposed Alaska regulation does not impact the use of ECDs by the general public on animals in defense of life or property, or their use by law enforcement in human restraint.