Facebook Founder Mark Zuckerberg Vows to Only Eat What He Kills

Mark Zuckerberg, the 27-year-old founder of Facebook, has made a unique vow for a billionaire living in the Silicon Valley:... 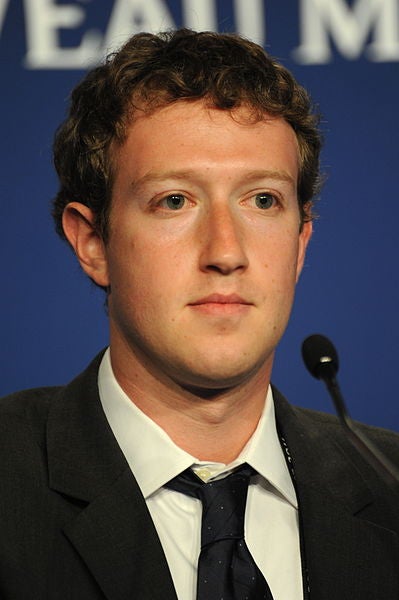 Mark Zuckerberg, the 27-year-old founder of Facebook, has made a unique vow for a billionaire living in the Silicon Valley: for the next year Zuckerberg’s going to only eat animals that he kills.

Each year Zuckerberg comes up with a personal challenge, basically a New Year’s resolution on steroids. Last year he decided to learn Chinese, this year he’s going to be his own meat processor. And his reasoning is actually pretty logical. He wrote this response to Fortune …

I started thinking about this last year when I had a pig roast at my house. A bunch of people told me that even though they loved eating pork, they really didn’t want to think about the fact that the pig used to be alive. That just seemed irresponsible to me. I don’t have an issue with anything people choose to eat, but I do think they should take responsibility and be thankful for what they eat rather than trying to ignore where it came from.

This mentality toward food isn’t that foreign to farmers and hunters, but in Zuckerberg’s social circles, it’s basically the equivalent of saying that he’s going to eat rocks for the next year. After he made the announcement, some of his friends commented on his Facebook page that they were disgusted, according to CNN.

But despite the criticism, he’s taking the challenge pretty seriously. Zuckerberg posted messages and photos on Facebook about killing lobsters, goats, pigs and chickens before eating them.

“He cut the throat of the goat with a knife, which is the most kind way to do it,” Jesse Cool, a well-known chef and Zuckerberg’s diet mentor, told CNN.

Zuckerberg also said that he’s interested in going hunting. Keep fighting the good fight Mark, all of us here at Outdoor Life are pulling for you.

Also, consider this our formal invitation … if you ever want to go hunting, OL will be more than happy to take you.