Eastern Montana saw record snows this winter that caused the worst wildlife die-offs in more than 30 years. Unfortunately, the... 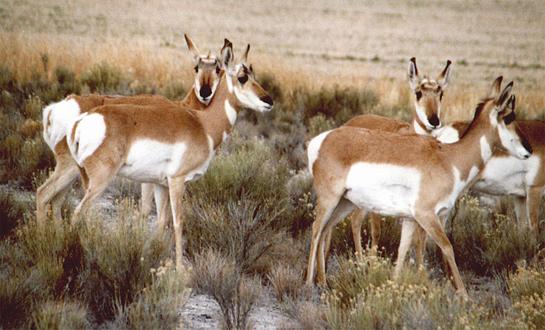 Eastern Montana saw record snows this winter that caused the worst wildlife die-offs in more than 30 years. Unfortunately, the news keeps getting worse.

Over the weekend Reuters reported that more than 2,500 antelope are stranded at Fort Peck Reservoir and are expected to die this summer. During the winter the antelope headed south across the frozen reservoir in search of shelter and food. Now that the ice has thawed, they’re stuck between steep cliffs and a long stretch of high water.

The antelope are expected to run out of food well before the reservoir freezes again.

“There’s bunches of antelope on the shoreline kind of wandering back and forth, maybe trying to swim a little bit then coming back — because it’s well over a mile across the reservoir,” Mark Sullivan, a biologist with Montana Fish, Wildlife & Parks, told Reuters.

Each winter antelope migrate from southern Canada to the more hospitable Missouri River Valley near Glasgow. This year they faced exceptionally brutal conditions as 108 inches of snow piled up during the winter and then melted into floods of biblical proportions this spring.

“You want to reach out and help every single one of them, but we can’t — and that’s heart wrenching,” Biologist Kelvin Johnson of Montana Fish, Wildlife & Parks told Reuters. “The other part though is realizing this is wildlife, this is Mother Nature, and they in fact have been bred, they’ve evolved, to deal with these types of things.”

Montana is planning to cut back on the number of antelope tags this fall to help rebuild the population.

To read more about the antelope situation in Montana go to: Blood on the Tracks