What this bear is probably thinking: “Those deer must think I’m stupid. Like I don’t know they’ve been talking smack... 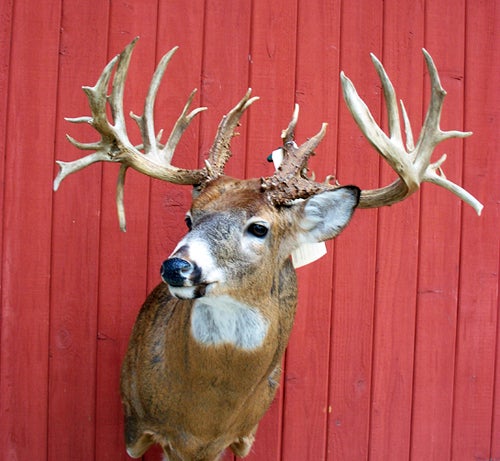 What this bear is probably thinking: “Those deer must think I’m stupid. Like I don’t know they’ve been talking smack behind my back. Been talking ’bout taking me out. I ain’t stupid. I read Outdoor Life. I read it last week when those deer were bragging about their fighting abilities with weed trimmers. Let ’em come on then. I’ll be ready for ’em with my own yard implement. That’s right, I got a Kawasaki hedge trimmer under this table just waiting for those two soon-to-be antlerless bucks.”

Last week’s caption contest was so popular that we’ve decided to have another this week, as you probably gathered from the wonderful bear narrative above.

This week’s prize is a Kawasaki hedge trimmer that retails for $339.99. But that’s not all. We’re giving away five hats to runners up and giving you the chance to win a $100 Bass Pro Shops gift card. The same rules apply as last week, write your funniest caption for this photo in the comments section and we’ll pick the best one.

What are you waiting for? Get to it!