In what has to rank as one of the most bizarre yet fascinating outdoor tales we’ve heard of in years,... 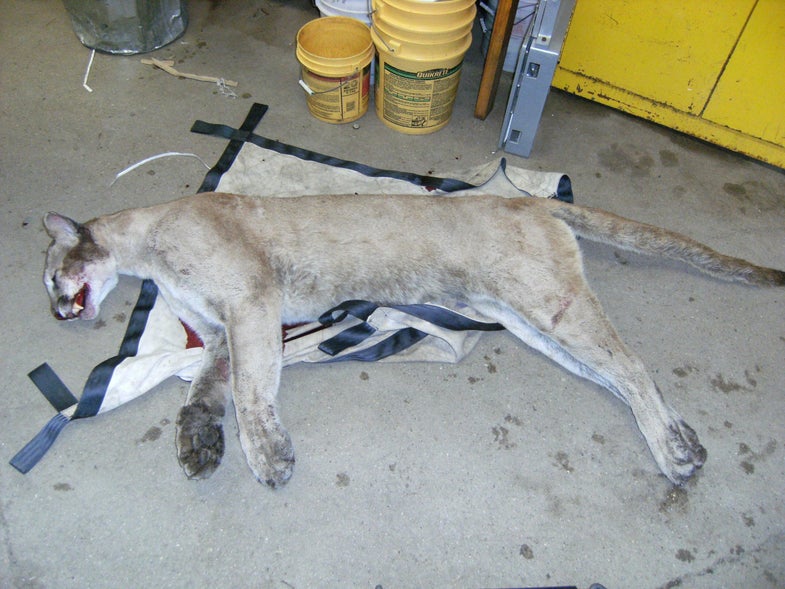 In what has to rank as one of the most bizarre yet fascinating outdoor tales we’ve heard of in years, biologists have now confirmed that the mountain lion struck and killed by a Tucson in Connecticut was originally from South Dakota! Confused? Okay, let’s back up.

In early June, I reported on a spate of mountain lion sightings in Fairfield County Connecticut. Before the Connecticut Department of Environmental Protection and state police could even get rolling on their investigation, a mountain lion turned up dead on the Wilbur Cross Parkway–run over in the dead of night by a motorist in a Hyundai Tucson. Considering that the last confirmed mountain lion sighting in Connecticut was a century ago, the DEP was quick to conclude that the cat was likely someone’s pet that had somehow escaped captivity. When their search for mountain lion permitees turned up nothing, the hunt for a better explanation as to the cat’s origins and movements was on. The long-awaited necropsy results tell an incredible tale.

Biologists with the U.S. Department of Agriculture’s Forest Service Wilidlife Genetics Laboratory in Missoula, Montana discovered that the Connecticut cat’s DNA matched samples collected from eastern Minnesota and northern Wisconsin in 2009 and 2010. There, DNA samples were collected from scat, blood and hair found in the vicinity of several reported mountain lion sightings. The 2,000 mile trek from South Dakota to Connecticut is likely the longest such journey by a land mammal ever recorded.