An unidentified commercial fisherman in La Paz, Mexico got the surprise of his life when he slit open his day’s... 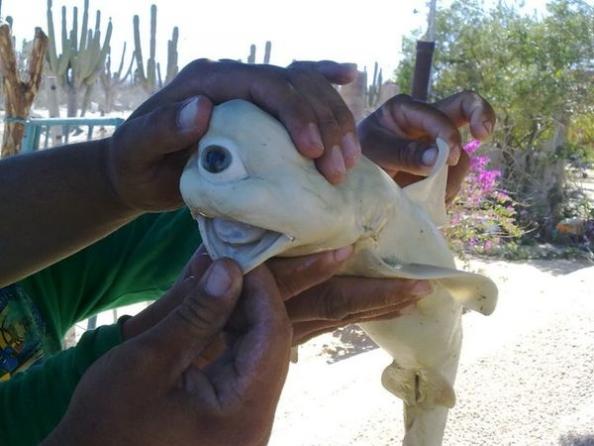 An unidentified commercial fisherman in La Paz, Mexico got the surprise of his life when he slit open his day’s catch. Inside the large bull shark was a…well…it looks like a Cyclops shark fetus.

Apparently, the white fetal freak has baffled scientists who, after initially examining the shark, believed the “eye” to be fused nasal cavities. Now, they’re not so sure. They have ordered further tests to determine whether the “eye” is actually an eye or simply deformed tissue.

Of course I recognized what the abomination was the minute I saw it. It’s Pleakley, from the classic Disney movie Lilo & Stitch. Trust me on this one. My kids watched that movie 24/7 from 2002 to 2005. I know what I’m talking about.

What do you think, could this photo be real?

For more on this shark, go to the Pisces Fishing Blog.