Earlier this month, a truck driver for an Alaska construction company had the opportunity to go fishing with her boyfriend... 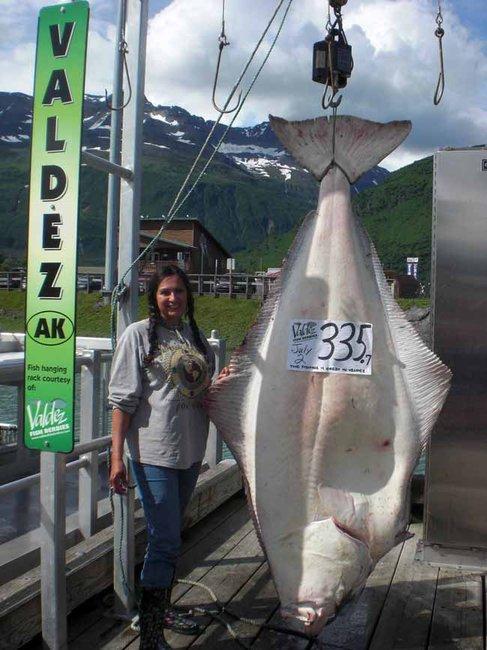 Earlier this month, a truck driver for an Alaska construction company had the opportunity to go fishing with her boyfriend on a rare day off.

With her busy work schedule, Annette Gutierrez doesn’t get many free days. She works 12-hour days, seven days a week.

“We had a few days off and we almost never have days off so we decided to go fishing,” Gutierrez told the Fairbanks News-Miner.

Gutierrez had never gone fishing in her life. Not once, even though when she’s not working in Alaska she hails from the tiny southwestern New Mexico town of Gila, on the banks of the Gila River.

Gutierrez joined her fiance, Steve Perkins, who works the same schedule as a heavy equipment operator, for a day on the water with Perkins’ hunting buddy, Mike Chambers, who owns a boat.

What the novice angler did was catch the second-biggest halibut ever caught in the 25-year history of the famous flatfish derby–discounting the 363.4-pounder that was disqualified last year because the angler who caught it, George Levasseur, had help reeling it in, a rule that has since been changed.

Gutierrez’s fish measured 87.5 inches in length, almost two feet taller than the 5-foot, 6-inch angler who hooked it. It weighed a whopping 142.3 pounds more than the fish it replaced atop the derby leader board.

“Oh my God, it was huge,” she said. “It was insane to get such a very big fish my first time.”