The Montana Fish, Wildlife and Parks Commission finally OK’d a wolf hunting season today for fall 2011. Hunters will be... 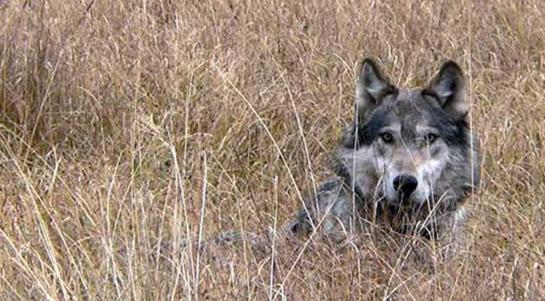 The Montana Fish, Wildlife and Parks Commission finally OK’d a wolf hunting season today for fall 2011. Hunters will be allowed to take a total of 220 wolves across 14 different management units.

This quota is projected to cut the state’s wolf population to a minimum of 425 animals (a 25 percent reduction). It will start with an archery season running from early September through October which coincides with the state’s big-game archery season. The gun season could run through December if quotas are not met.

“[The hunt is] based on wildlife science and we believe it’s properly balanced. Our management objective is very clear: we must maintain a viable and connected wolf population as we aim to reduce impacts on Montana’s wildlife and livestock. With the ability to manage wolves as we do all other wildlife in Montana we’re confident we can meet those expectations,” Ken McDonald, FWP’s chief of wildlife, said in a press statement.

This year’s quota is significantly higher than Montana’s first and only regulated wolf hunt, which was held in 2009. In that hunt, 72 wolves were killed (three below the quota). The state planned a hunt in 2010 where it would have allowed hunters to take 186 wolves, but that hunt was halted by a lawsuit.

No Quota in Idaho
Montana isn’t the only state to recently finalize its 2011 wolf season plans. Last week Idaho Fish and Game announced its hunt would have no state-wide kill quota. Idaho is home to about 1,000 wolves. The federal minimum that the wolf population must stay above is only 150 wolves in at least 15 different breeding pairs.

However, Idaho game officials say wolves are so difficult to hunt that they’re not worried about hunters dropping the population even close to that figure. According to the Spokesman-Review, less than 1 percent of Idaho hunters who bought a wolf tag during the 2009 season actually killed a wolf.

“Seeing wolf tracks or scat, hearing wolves howl or even catching fleeting glimpses of wolves is not the same thing as seeing a wolf and having the opportunity to take it during hunting season,” Jon Rachael, the state’s big-game manager, told the newspaper.