A father and son who pleaded guilty July 12 to more than 130 poaching-related charges were subsequently sentenced to spend... 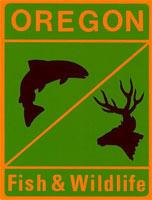 A father and son who pleaded guilty July 12 to more than 130 poaching-related charges were subsequently sentenced to spend the next four consecutive 90-day Oregon deer-hunting seasons behind bars.

The unusual sentence was handed down in a case that was described as Oregon’s largest illegal hunting scheme on record. Thanks to this pair, the blacktail deer population in a portion of the McKenzie Wildlife Management District near Vida was virtually wiped out.

Father and son Rory Donoho, 60, and Shane Donoho, 37, were convicted on charges including racketeering, identity theft and poaching. The two must report to the Lane County Jail for a 90-day sentence on Oct. 1, the first day of deer season, for the next four years, in addition to paying fines and restitution totaling $62,000.

The Donohos were also ordered to forfeit 19 rifles, 1,600 pounds of processed and frozen game meat, and 106 sets of trophy antlers valued between $180,000 and $400,000. In addition to their jail sentence, the men received lifetime hunting revocations, five years probation and were ordered to perform 400 hours of community service–including speaking to hunting groups and Boy Scout troops about thier crimes.

County Prosecutor Jay Hall told the Eugene Register-Guard that the case received its first big break when an associate in the poaching ring, Miquel Kennedy, stole his ex-girlfriend’s identity in order to create a fake hunter profile.

The ex-girlfriend “really blew this whole thing out of the water,” the prosecutor said, when she visited an Oregon Department of Fish and Wildlife office, puzzled by a “tooth envelope” she received in the mail. The agency sends the envelopes to hunters, asking them to return a tooth from deer they harvest for analysis by researchers monitoring deer populations.

“She said, ‘I stopped by to clear this up–I’m not a hunter. I’ve never been a hunter,'” Hall said.