No one likes a miscount, especially when it comes to a potential record-breaking muskie. But that’s exactly what happened to... 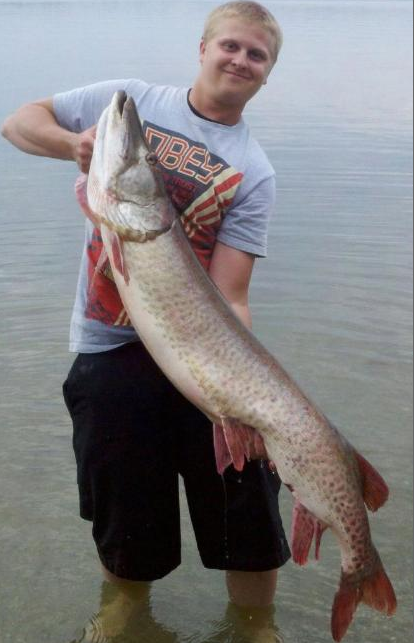 No one likes a miscount, especially when it comes to a potential record-breaking muskie. But that’s exactly what happened to John Gergen, 22, after he landed this incredible fish following a 20-minute fight on July 1.

Gergen caught the 57.5-inch monster from Lake Sallie, Minnesota. He spent five hours trying to revive and release it but couldn’t, so he decided to keep it and get it mounted.

So just how much did this fish weigh? Unfortunately, we’ll never know for sure.

Thanks to a budget boondoggle, the Minnesota state government was shut down at the time, so Gergen couldn’t officially weigh his catch and have it checked by DNR officials. He did weigh it on a home scale and reportedly got 54 pounds, which ties the state record. In Minnesota, the muskie state record is a pretty big deal, so naturally the press was interested. This is where the story gets interesting, and confusing.

On July 10, Brian Basham of The Detroit Lakes Tribune was the first to publish that the muskie weighed 51 to 52 pounds, well short of the state record.

Then last week Tuesday, Gergen told the Star Tribune that the fish measured 57.5 inches and weighed 54 pounds, tying the state’s weight record set in 1957. Gergen claimed that it was his father who did the initial interview with Basham and misspoke.

When Gergen heard about The Pioneer Press’s article he told The Star Tribune, “I just said 54 pounds.”