In May Newshound posted a story about how Mark Zuckerberg, a 27-year-old Facebook CEO, Silicon Valley resident and youngest billionaire... 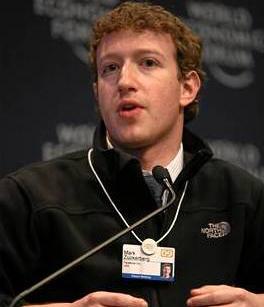 In May Newshound posted a story about how Mark Zuckerberg, a 27-year-old Facebook CEO, Silicon Valley resident and youngest billionaire in the world, made a vow to only eat meat that he kills himself.

Well it seems like he’s making good on his vow. Mashable is reporting that Zuckerberg recently killed a bison. According to the website, Zuckerberg obtained a hunting license and killed the animal for food.

It’s unclear whether Zuckerberg killed a free ranging bison or a farm raised one. Also, it doesn’t say exactly how he killed the animal.

Zuckerberg made his vow because he wanted to be more thoughtful about the food he eats: “I started thinking about this last year when I had a pig roast at my house. A bunch of people told me that even though they loved eating pork, they really didn’t want to think about the fact that the pig used to be alive. That just seemed irresponsible to me.”

Congratulations on keeping to your word Mark. If you ever want to go hunting with Outdoor Life, consider this your open invitation.