Sportsmen who are planning to hunt, hike or fish near Colorado’s White River National Forest, particularly around the Holy Cross... 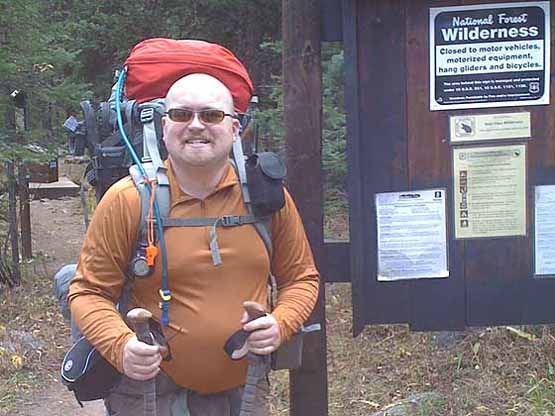 Sportsmen who are planning to hunt, hike or fish near Colorado’s White River National Forest, particularly around the Holy Cross Wilderness Area, are being asked to lend a hand in the search for a Chicago man who has been missing for nearly a year.

Authorities are asking people to keep an eye out for any clues or evidence of James Nelson, including hiking equipment, his yellow one-man tent, clothing and possibly human remains. Nelson went missing from the rugged Fall Creek hiking trail on October 3, 2010. He was last seen by his fiancee, who dropped him off at the trailhead. He has not been seen since. Search-and-rescue missions have all proved unsuccessful, although rescue dogs did apparently pick up Nelson’s scent off a trail near Lake Constantine, and a few hikers claim to have seen Nelson briefly on the day he went missing.

Colorado authorities are hoping that big-game hunting season will attract many outdoorsmen to the woods, which will subsequently aid in the search.

“Hunters head into off-trail areas that most hikers avoid,” said Perry Will, a Colorado wildlife manager. “We’re asking that they keep an eye peeled for evidence that could help bring closure to Mr. Nelson’s family.”

Nelson is described as a competent hiker, leading some people to believe he might have gotten lost, or have been involved in some type of accident in the woods. He was last seen wearing an orange long-sleeve shirt and khaki pants. He might have also been wearing glasses or sunglasses, and possibly a jacket and a stocking cap.

Anyone with possible leads is being urged to contact Colorado authorities immediately (http://wildlife.state.co.us//).