Mats Broberg killed this huge white moose while hunting in Sweden, according to the Local, a Swedish newspaper. Mats was... 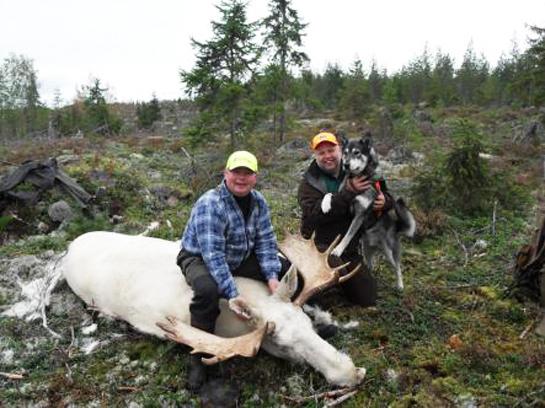 Mats Broberg killed this huge white moose while hunting in Sweden, according to the Local, a Swedish newspaper.

Mats was hunting with his brother when they spotted the moose. According to the newspaper, the first albino moose was spotted in the country in the 1930s and there are an estimated 100 white moose currently in Sweden (FYI: Swedes call moose elk).

With the help of their hunting dog (the article doesn’t explain how they used the dog to hunt moose) Mats was able to get a shot from about 55 yards.

“It is a unique animal and there was a great joy just to see it. At least 50 locals turned up at the slaughter house to take a look at it,” Broberg told The Local. The moose weighed about 660 pounds, was 4 years old and had 15 points.