Wisconsin DNR Calls For Great Lakes Wolves to Be Delisted

As wolf hunts in the West continue, the Wisconsin DNR is making a push to delist wolves in the Great... 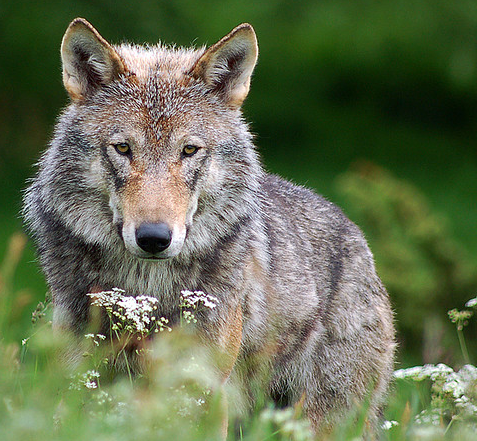 As wolf hunts in the West continue, the Wisconsin DNR is making a push to delist wolves in the Great Lakes region as well.

Cathy Stepp, a secretary for Wisconsin’s Department of Natural Resources, recently sent a letter to the federal government proposing that wolves be delisted for Upper Great Lakes states (Wisconsin, Michigan and Minnesota).

“Farmers and dog owners are suffering intolerable losses from depredating wolves,” said Stepp “We want to restate our strong disagreement with the U.S. Fish and Wildlife Service conclusion that a newly discovered species, the eastern wolf, exists in the Western Great Lakes as a separate species or population.”

“Wolf numbers far exceed the federal delisting recovery goal of 100 wolves for both Wisconsin and Michigan, and are causing real problems,” she said.

In case you haven’t followed the legal and political saga of wolves’ delisting from the country’s list of endangered species, here’s a quick primer. In the 1970s, the Endangered Species Act placed wolves under federal protection. However, starting in the mid 00’s, a number of proposals popped up regarding delisting the wolves, whose populations had grown significantly in many states. The result of the multi-decade wolf recovery was a population boom, and a subsequent decline in elk herd numbers out West from wolf predation.

Technical changes in the status of wolves were made on a case-by-case basis, and debated ad nauseam. Not surprisingly, the ruling rubbed some Midwesterners the wrong way. Many people in the Midwest (some hunters among them) believe the Great Lakes wolf population should be delisted, especially considering that it is larger than the wolf population in the West.