20,000 Leagues Under The Sea: Where New BrewDog’s Beer Is Brewed

This may just be the perfect beer for anglers. Scotland brewery BrewDog’s latest beer is being hailed as the first... 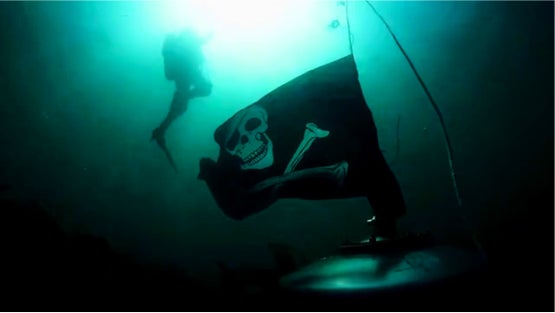 This may just be the perfect beer for anglers.

Scotland brewery BrewDog’s latest beer is being hailed as the first beer to be brewed underwater. Sunk Punk is distilled in a fermentation tank that sits 20 meters below the surface of the North Sea where the temperature hovers around 10 degrees Celsius (50 degrees Fahrenheit to us Americans).

The 7.1% alcohol by volume pale ale is made from maritime-themed ingredients like buckweed, distilled sea-salt and rum and is described as having an “idiosyncratic” taste. Peculiar piquancy aside, BrewDog co-founder James Watt feels that the brew is extremely important. “Sunk Punk is an example of how beer can save the world. Not only does it provide an alternative to the fizzy, pathetic mainstream lagers peddled by giant monolithic breweries, it will be solely responsible for halting any superstition-related storms on our coastline.”

Am I the only one who thinks Watt may have sampled too much of his own product? Sunk Punk was limited to 960 bottles and will be available through the company’s website (www.brewdog.com). Check out their video – it’s pretty funny.

Outdoor Life readers might remember BrewDog from a story we ran on them in 2010 when they released a 55% abv beer called The End of History that came packaged in a dead squirrel. I think I’d rather have a Sunk Punk beer rather than one that comes in a dead rat.