Statistics don’t lie, and according to reports, North America’s population of ducks is higher than it has ever been. Wildlife... 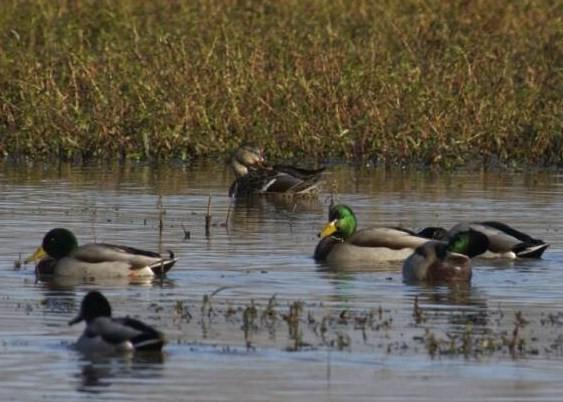 Statistics don’t lie, and according to reports, North America’s population of ducks is higher than it has ever been.

Wildlife authorities are reporting that 45.6 million ducks will be heading south for the winter. That’s a record number, 35 percent greater than the average number of ducks making the epic trek, and 11 percent greater than last year’s migrating duck population, according to The Missourian.

Officials first began tracking the breeding populations of ducks in 1955. Biologists cite large amounts of rainfall and snowmelt over the last few years for the population boom. Rainfall contributes to an abundance of food in the wetland eco-systems, as well as healthy breeding grounds all across North America.

And, of course, when the duck populations are strong, duck hunting benefits from it too.

“The good news is right now, waterfowl and the people who love them have it good,” said Jim Low, a news services coordinator for the Missouri Department of Conservation.

Many states, including Missouri, have made efforts to save or improve wetland habitats over the years, and these duck numbers indicate that the attempts have been largely successful on a large scale. However, there’s no guarantee that the North American duck population will remain swelled. As the weak economy casts doubt on the long-term future of various federal initiatives like the Conservation Reserve Program, experts are concerned.

“The more land that is withdrawn from the Conservation Reserve Program, the less nesting habitat the ducks will have and their population is bound to decrease,” said Low.