In 1999 Robb and Wendy Nelson gave birth to a boy they named Hunter. He was a healthy newborn, until... 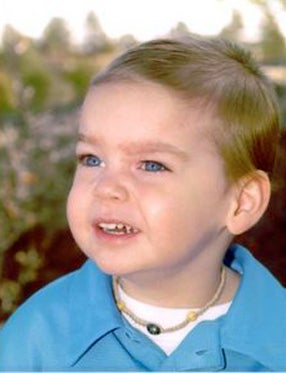 In 1999 Robb and Wendy Nelson gave birth to a boy they named Hunter. He was a healthy newborn, until at seven months old he was diagnosed with Sturge-Weber Syndrome, an incurable brain disorder. Robb and his family started the Hunter’s Dream for a Cure organization soon after he was diagnosed.

Hunter’s Dream raises money for children with SWS and other neurological diseases along with programs for kids with special needs. After bravely fighting the disease for so many years Hunter tragically passed on May 29th, 2005 due to a massive seizure, but he has left one heck of a legacy and is an inspiration to other’s dealing with Sturge-Weber Syndrome.

Born and raised in northeast South Dakota, Robb Nelson comes from a family of outdoorsmen. He had been hunting with his grandfather and father since he could walk, and it was his dream to take his two sons hunting too. Nelson had a pheasant hunt planned for Brady and Hunter, which Hunter sadly never got to go on.

Earlier this month the 9th annual 2011 Celebrity Hunt for a Cure was held. Celebrities such as country singer Aaron Tippin (who played for guests both nights) and the Cowboys tight end Jay Novacek were among many who attended the charity hunt. On Saturday and Sunday guests could be found either pheasant hunting or shooting trap. Sunday evening the big silent auction took place where the majority of the money was raised. The president of Berretta, Jay Pattassi, was in attendance, and along with him came an assortment of guns and firearms, many of which were donated to the event and auctioned off.

During the event a video played the story of what Robb’s son had gone through. Chris Lemaire of the Cheyenne Ridge Signature Lodge said, “It had a powerful message. I’ve never seen 250 grown men and women as struck as they were by this video.”

Four years ago the Kennedy Krieger Institute in partnership with Johns Hopkins Hospital in Baltimore was renamed after Hunter. The money Hunter’s Dream raises is split between the center where they treat Sturge Weber Syndrome and other neurological diseases and programs for special needs children and their families across the country.

Last year at the Celebrity Hunt for a Cure about $127,000 was raised. The foundation itself has raised almost two million since their inception ten years ago through their three major celebrity fundraisers.

Learn more about Hunter’s Dream for a Cure here.