As if the world’s population of mangy coyotes wasn’t high enough, scientists in South Korea claimed to have successfully cloned... 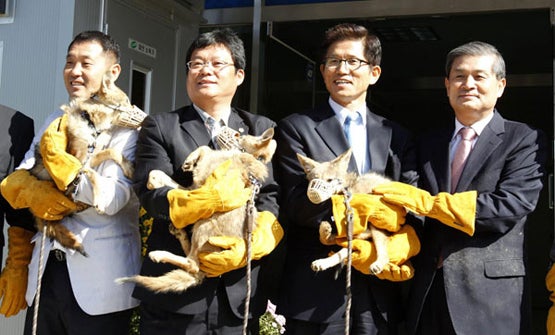 As if the world’s population of mangy coyotes wasn’t high enough, scientists in South Korea claimed to have successfully cloned coyotes. “Claimed” is the operative word here as the scientist in charge of the project is Hwang Woo-suk, the man who lied about having cloned a human in 2005. Woo-suk and his team at Sooam Biotech Research Foundation did clone a dog however later that same year.

I’m no scientist, but I suppose that if you can clone a dog you can probably clone a coyote. My question is why? Coyotes are about as scarce as mosquitoes. The species is in no danger of becoming extinct. Or even threatened.

So why clone it? Why not clone an animal that’s actually endangered? A snow leopard maybe? Asiatic cheetah? Bigfoot? We need a few more of those. We don’t need any more coyotes. Heck, even Woo-suk doesn’t want them. He stated they’re donating the yotes to zoos. Yeah, because everybody goes to the zoo to see coyotes.

Am I being too harsh? Do we need cloned coyotes? Comment below!