A Texas man was killed by a great white shark in Australia on Saturday, and now authorities there are hunting... 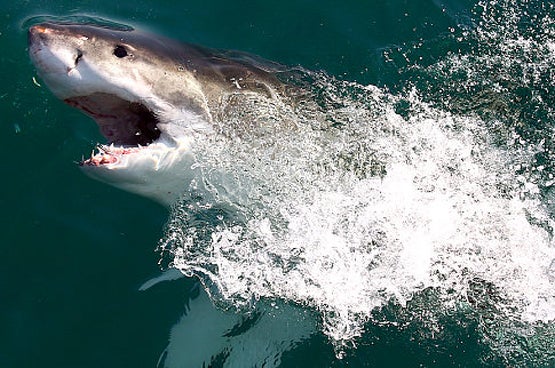 A Texas man was killed by a great white shark in Australia on Saturday, and now authorities there are hunting for the culprit shark, reports the New York Daily News and other sources.

Authorities were unable to save Wainwright. In reviewing his fatal injuries, they determined the bite marks to be from a 10-foot-long great white. “There [had] been some pretty massive injuries inflicted,” said Sgt. Greg True to one news outlet.

Bystanders noted that a 10-foot-long great white shark had been spotted previously around the same area where Wainwright was killed. Wainwright, 32, had been living and working in the Australian city of Perth.

There have been a number of other great white shark attacks recently, including that of an Oregon surfer.

While hunting great white sharks in Australia is illegal and strictly monitored, the country’s Department of Fisheries has given the green light to a number of boats in hopes of finding and killing the shark responsible for Wainwright’s death. “Policy is that if there’s a clear and present danger, we can take a great white,” said Tony Cappelluti, a regional manager for the Department of Fisheries.