It’s an episode of The Simpsons come to life. Last week Julian Zmutt caught a three-eyed fish reminiscent of Blinky... 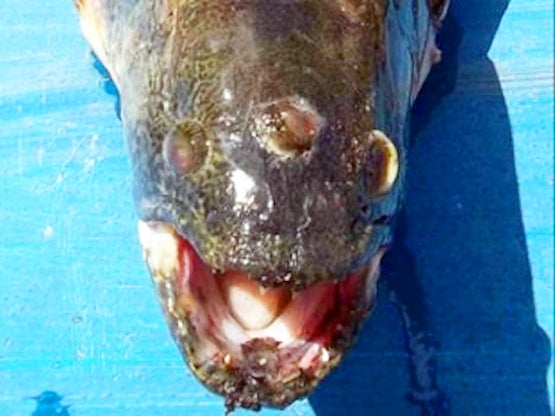 It’s an episode of The Simpsons come to life.

Last week Julian Zmutt caught a three-eyed fish reminiscent of Blinky the fish from a 1990 episode of The Simpsons entitled “Two Cars in Every Garage and Three Eyes on Every Fish.” That long ago episode focused on Bart catching the unusual fish downstream from the Springfield Nuclear Power Plant.

In a scary coincidence, Zmutt landed his freaky mutation in an Argentinian lake where hot water from a nearby nuclear facility is pumped reports treehugger.com. Zmutt told media outlets that he didn’t notice the fish’s third eye until well after catching it. “As it was dark at that time we did not notice,” Zmutt said. “But then you looked at him with a flashlight and saw that he had a third eye.”

It is unknown what Zmutt plans to do with the fish. If he plans on eating it he should definitely check out this piece from Field & Stream about a dinner plate that can detect radiation.