UK Angler Catches Record Fish and Eats It By Mistake

FAIL! He Ate His Record Catch. Kurt Price caught Great Britain’s new record sea bass. And then he ate it.... 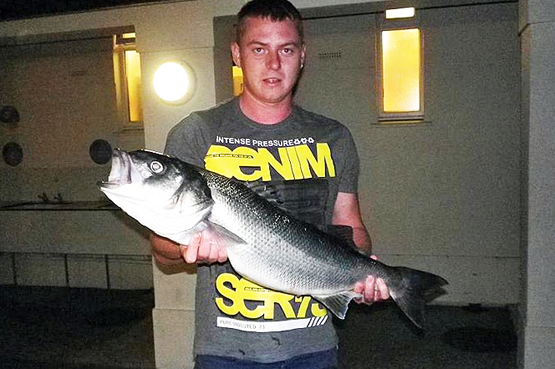 He Ate His Record Catch.

Kurt Price caught Great Britain’s new record sea bass. And then he ate it. On accident. Price and his friend Kevin Lowcher were on a weekend fishing trip in Tenby, in southwest Wales, when Price landed the fish from shore after a ten-minute fight. Although the two men recognized right away that the fish was a whopper catch, both incorrectly believed that the record for a shore caught sea bass was somewhere in the range of 40 pounds.

With that figure in mind the two men returned to their caravan where they took a few pictures before cooking the fish in thyme, coriander and lemon and then eating it with a side of potatoes. It wasn’t until Price looked on the Internet the next day that he realized that he had made a big mistake. The record for a shore caught sea bass in Great Britain wasn’t anywhere near 40 pounds: it was only 19lb 11oz.

“I reckon it weighed between 20 and 25lb and other experts who have seen the pictures think so too,” Price told The Sun newspaper. “I’m totally gutted about it.” David Rowe, of the British Records Fish Committee, agreed (with the fish’s size–not the gutted part). “It is difficult to tell exactly how big the fish is by looking at the photo of it, “Rowe explained. “But Kurt isn’t holding it away from his body at the camera to make it look bigger. It looks like a very big and very fat fish and well within the range of the record. It could be the record.”

If he hadn’t eaten it that is.

Gutted – Devastated or shocked about something.

The Sun newspaper – The most widely circulated tabloid in all of the United Kingdom, a wrapper for the remains of the record fish Price ate