The most carefree deer, turkey, bears and groundhogs in all of Virginia, if not in all of North America, can... 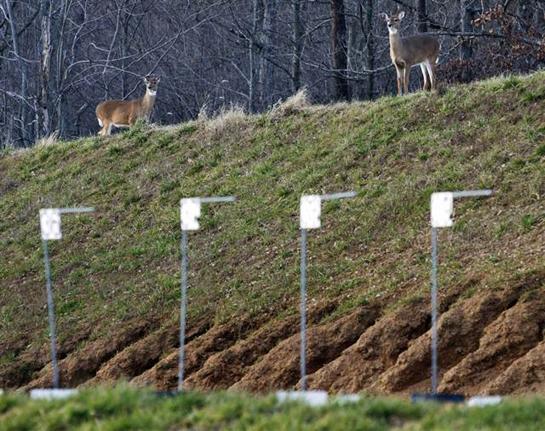 The most carefree deer, turkey, bears and groundhogs in all of Virginia, if not in all of North America, can be found at the FBI Academy at Quantico. Despite the fact that the 547-acre facility is the training ground for the FBI’s most elite forces and each month sees more than 1 million bullets fired down range, the animals on the facility have come to understand that the FBI allows no hunting.

Evidence of this security can be seen in the deer grazing 15 feet from an active shooting range, black bears trotting through the parking lot and buzzards perched atop the 500,000 square foot national crime lab where, according to the Associated Press, “the FBI analyzes evidence, including the remains of the former al-Qaida leader in Iraq.” OK, that’s just gross. Buzzards hanging out over the lab where they test DNA. Is that sanitary?

Couldn’t that lead to all kinds of problems? “We got a DNA match on your father’s killer Timmy but the evidence was carried away by a buzzard. He just swooped down out of nowhere.”

Back to the deer on the shooting range.

Supervisory special agent bomb technician and principal firearms instructor for the Critical Incident Response Group based at the academy (I’m sorry. That title is just too darn long.) Sean Boyle said of the deer, “They’re pretty immune to the sound. It’s like they think, ‘We’ve pushed the limit for this far, and all our generations have pushed the limit for this far.’ They’re just so docile around here. They don’t know what a gun is.” Of course the primary reason the animals at the facility are so docile is the fact that hunting is not allowed at the FBI academy. Also, none of the animals have a criminal past and therefor don’t fear prosecution.