Last month Oklahoma Governor Mary Fallin went on an elk hunt at a 6,800-acre high-fence ranch. The ranch was hosting... 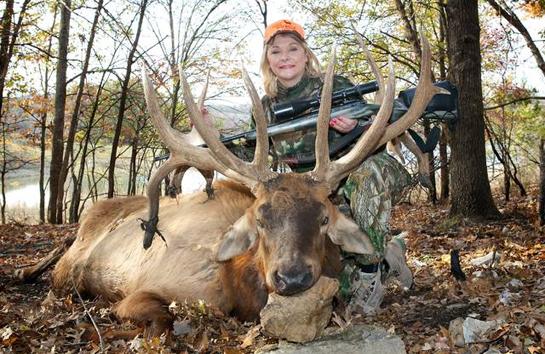 Last month Oklahoma Governor Mary Fallin went on an elk hunt at a 6,800-acre high-fence ranch. The ranch was hosting an event and for economic development leaders to talk about the economy in the state and while there, Gov. Fallin shot this massive bull that reportedly scored 425 inches and weighed 1,000 pounds.

NewsOK published a photo of the Governor and her bull and received a some backlash for doing so, with one reader stating: “A high fence, canned hunt, is in no way representative of a hunt in anyway … I’m sure she was trying to connect with the outdoors men and women. When in fact that is exactly the kind of junk that is killing our tradition.”

It’s not uncommon for politicians to try to connect with their constituents by putting on some camo and toting a rifle in front of a camera. Wisconsin Governor Scott Walker made restructuring the state’s deer management strategy one of his talking points during his campaign last year and John Kerry famously went on a pheasant hunt/photo shoot during his presidential run.

But sometimes this strategy to look like an everyman hunter backfires. Like when former Minnesota Governor Tim Pawlenty got some negative ink after leaving a hunt early even though he wounded a deer the day before. He was scheduled to give a speech in Iowa.

Governor Fallin’s trophy photo may very well fall into the “backfire” category. What are your thoughts on her high-fence elk hunt?