I’m not a scientist — I don’t even play one on TV. But even with my limited knowledge of the... 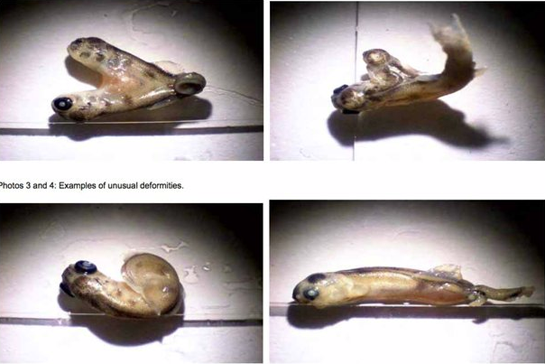 I’m not a scientist — I don’t even play one on TV.

But even with my limited knowledge of the scientific world, I know enough to say without fear of reprisal that two-headed fish are not generally an indicator of a healthy watershed. The two-headed fish in question is a trout and was just one of many abnormal fish that were regulated to an appendix of a scientific study commissioned by the J.R. Simplot Company.

Despite the presence of fish with two heads and fish with facial, fin, and egg deformities, the mining company’s report concluded that the waters it is accused of polluting in southern Idaho are fairly safe. So safe in fact that the company feels it would be just peachy to allow the water’s high selenium (a metal byproduct of mining that is toxic to wildlife) levels to remain as is, even though they are higher than are permitted under regulatory guidelines.

In a move that’s stranger than a multi-headed fish, the EPA actually described the mining company’s report as “comprehensive.” This led many scientists to shake their single head in disbelief and call for further investigation. Among those that found the EPA’s assessment fishy was Democrat Senator Barbara Boxer of California, who heads the chamber’s Environment and Public Works Committee. According to the New York Times, she requested the federal Fish and Wildlife Service to go over the initial report. The agency did and concluded that the study was “biased” and “highly questionable.”

Again, it took a team of scientists to figure out that two-headed fish weren’t an indicator of good water?

Among the FWS’s biggest complaints were the fact that report’s selenium expert, cited a “lack of valid field controls” and the absence of any analysis of the selenium’s impact on reptiles, birds or the 12 other types of fish in the creeks’ waters. Also cited as troubling was the fact that pictures of the deformed fish were not found in the actual report. Rather they appeared only in the appendix. The J.R. Simplot Company fired back that its research was conducted with guidance and under the watch of the EPA and other government agencies.

The same EPA that found the mining company’s initial report “comprehensive.” What a mess!