UPDATE: This fish was acutally caught illegaly and will not be counted as a state record. Read the updated story... 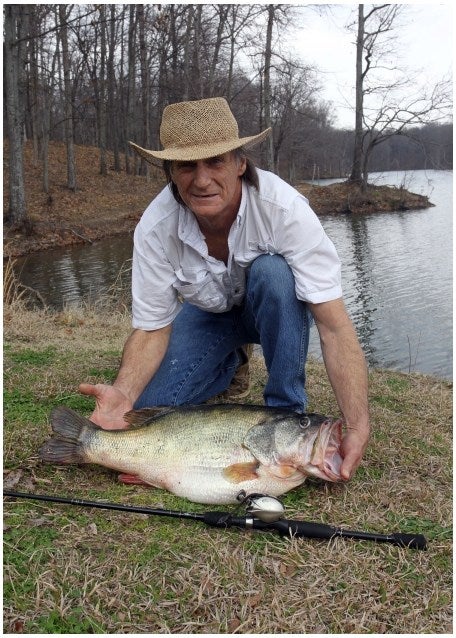 UPDATE: This fish was acutally caught illegaly and will not be counted as a state record. Read the updated story here.

As with just about any record fish, there is a story. While fishing for catfish, the lucky Paul Crowder made a cast with the rubber wiggler and then set the rod down in the boat. While checking his catfish lines, he noticed his rod was almost out of the boat.

Crowder picked it up and the battle was on. Once landed, the largemouth measured 26 ½ inches in length and 22 ¾ inches in girth. It weighed 16 pounds, 5 ounces. Arkansas Game and Fish Commission Fisheries Biologist, Lee Holt certified the fish on a scale at Hayes Market in Wynne. Oddly enough, it was the only fish Crowder caught all day.

The Arkansas Game and Fish Commission is planning on testing the record beast to see what genetic strain it is. Some are betting the fish is a pure northern strain largemouth, while others believe it has some Florida genes. Either way, if you’re only going to land one fish for the day–Crowder sure picked the right one.