The Donald’s two sons, Donald Jr. and Eric, have been bombarded with criticism from anti-hunting groups since photos surfaced of... 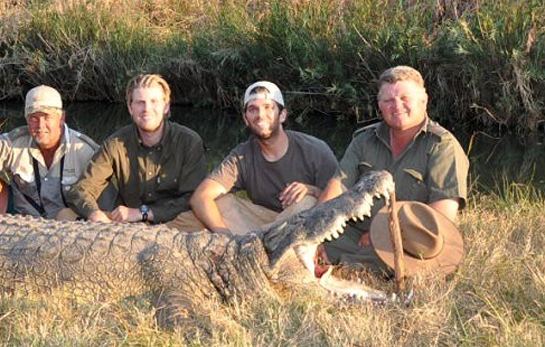 The Donald’s two sons, Donald Jr. and Eric, have been bombarded with criticism from anti-hunting groups since photos surfaced of their African hunting safari taken last year. In the photos, the brothers are shown posing with a croc, elephant, and Kudu.

“Like all animals, elephants, buffalo, and crocodiles deserve better than to be killed and hacked apart for two young millionaires’ grisly photo opportunity. If the Trumps want to help villagers, they have plenty of resources at their disposal,” PETA commented on its website.

“We have the utmost respect for nature and have always hunted in accordance with local laws and regulations,” Eric Trump said according to AceShowbiz.

” ‘In addition, all meat was donated to local villagers who were incredibly grateful,’ Donald Jr. and Eric stressed. They also explained, ‘We are both avid outdoorsmen and were brought up hunting and fishing with our Grandfather who taught us that nothing should ever be taken for granted or wasted … We love traveling and being in the woods – at the end of the day, we are outdoorsmen at heart.’ “

“My sons love hunting. They’re hunters and they’ve become good at it. I am not a believer in hunting and I’m surprised they like it … [but] I know that anything they did was 100% OK in terms of the hunting community.”

OK hunting community, what are your thoughts?