Just weeks after we reported on the Minnesota record eelpout, another ugly-fish record has fallen. Austin Anderson, 16, caught this... 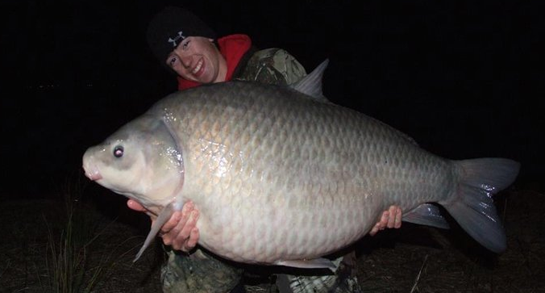 Just weeks after we reported on the Minnesota record eelpout, another ugly-fish record has fallen. Austin Anderson, 16, caught this 50-pound, 6-ounce smallmouth buffalo while fishing a tournament on Lake Fork in Texas.

“When I landed the fish, I had no idea that it had any kind of record potential whatsoever, it just never dawned on me until Monday afternoon I got a call from [event coordinator] Jason Johonnesson confirming that it was indeed a record catch,” Anderson told Pegasus News. “I still having a hard time believing that I actually broke the 50-pound mark. Just two weeks before, I broke a personal best on buffalo at 44 pounds, and here two weeks later it’s broken again. Crazy really.”

Anderson caught the fish in the Lake Fork Carp and Buffalo Challenge 2012, a 44-hour, catch and release tournament held earlier this month. The winning buffalo carp weighed in at 65 pounds.