Get Off My Lawn: 84-Year-Old Korean War Vet Shoots Home Intruder with Luger

If I didn’t know any better I’d say the following item came off the back cover of a Clint Eastwood... 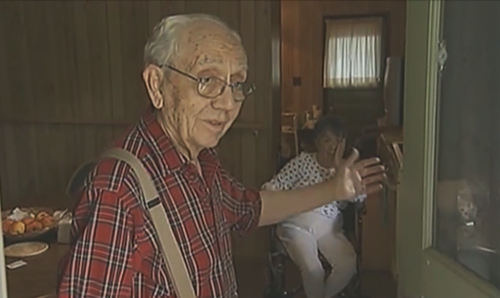 If I didn’t know any better I’d say the following item came off the back cover of a Clint Eastwood Gran Torino DVD rather than the newswire.

According to WPXI.com, 84-year-old Korean War veteran Fred Ricciutti shot a home intruder with the German Luger he used in the war. The shooting occurred in Elizabeth Township, Pennsylvania Tuesday morning, around 4:30 am when Ricciutti was awoken by the sounds of 25-year-old Raymond Hiles, breaking through his kitchen window. Ricciutti grabbed his gun and went to investigate.

“I said ‘Halt, who’s there?'” Ricciutti told the news station. “I’m thinking, friend or foe, he shouldn’t be there that time of day.” That’s right he shouldn’t have been so Ricciutti shot him (I wonder if he grunted, “Get off my lawn” before he pulled the trigger).

The bullet grazed Hiles in the neck. Despite the injury, the intruder was able to escape. Ricciutti called the police and they managed to apprehend the would-be robber only a few blocks away. Police report the man was carrying a screwdriver and stun gun. Police say they have no intention of charging Ricciutti with anything.

Charge him? They should reward him!