Moose Killed by Two Trees Standing Close Together … Wait, What?

Despite its known grace and fleetness of foot, a bull moose stumbled down a 20 ft. sand bank in Keene,... 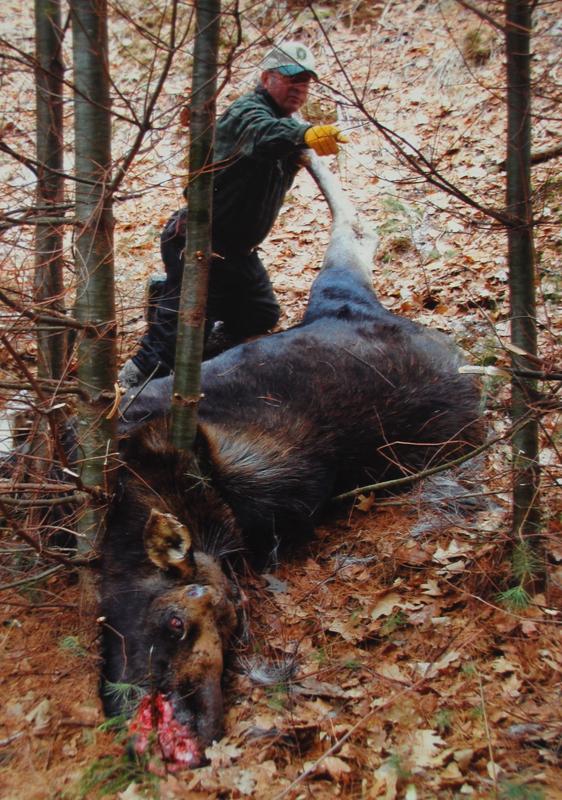 Despite its known grace and fleetness of foot, a bull moose stumbled down a 20 ft. sand bank in Keene, NH this winter, lodging its head between two saplings. Incredibly, the fall turned out to be fatal and this photo was taken as proof.

When asked about the incident, Ted Walski, Wildlife Biologist for the New Hampshire Fish & Game Dept., was unfazed by the moose misstep: “Well, as powerful as they are, when you can’t maneuver your feet…” He let the photo speak for itself.

Chances of this are 1 in a million though, right? Wrong.

“Accidental moose mortality,” as Walski calls it, is on the rise. This is the second incident of such nature in only a few years.

In fact, we’ve reported on this very issue right here on Newshound (see: Drunk Moose Gets Stuck in an Apple Tree in Sweden).

Add this to common reports of “Help, a moose is stuck in my well” or “Mom, the moose is in the swimming pool” and you have to wonder just what has been causing these accidents.

Walski says that about two moose are killed each year in swimming pool related incidents in New Hampshire.

While moose motives remain unknown (no moose were available for comment), Walski offered several theories, saying, “There must be something in the air or something in the genes that makes them seek [swimming pools] out” or “some mysterious element out of mars or something.”

Is this moose on moose crime? Extraterrestrial conspiracy? Or is it merely nature’s way of weeding out the uncoordinated?