If you’ve never heard of Wayne Pacelle, President and CEO of the Humane Society, then listen up. In pictures this... 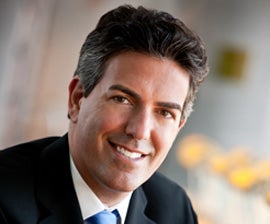 If you’ve never heard of Wayne Pacelle, President and CEO of the Humane Society, then listen up. In pictures this too tan, always-smiling, puppy cuddling man seems simulated and phony; but don’t be fooled.

Pacelle is threatening the hunting community with the banning of all bear and bobcat hunting, and it appears that his ultimate goal is to eradicate hunting altogether.

Pacelle and the Humane Society are a much-feared political force, especially in regards to current Senate Bill 1221. This bill proposing to ban using dogs when hunting bears and bobcats looks like a shoo-in, but if it is contested Pacelle threatens to go after all bear and bobcat hunting.

“The hunting lobby is stirring the electorate on this,” said Wayne Pacelle, president of the Human Society. “They can get rid of hounding and deal with a segment of their community that is not well respected. Or they can potentially lose all bear and bobcat hunting.”

Before this bill was Prop. 117, which passed and banned the hunting of mountain lions. And even before that, in 2008, Pacelle went up against the agricultural society winning 47-58 counties for legislation regarding the confinement of chickens, pigs and veal calves, according to the San Francisco Chronicle.

“What he did was put houndsmen out on an iceberg,” said Brian Riley, owner of Red Bank Outfitters in Tehama County, who runs dogs for wild hogs. “The hunting community is in fear of HSUS. Sooner or later, he’s going to come knocking on your door. You’re next. If we don’t stick together, we could get picked off like baby seals on the beach.”