OLN’s new Mantracker is countersuing U.S. trophy hunter over a breech in their contract on big horn sheep hunting permits.... 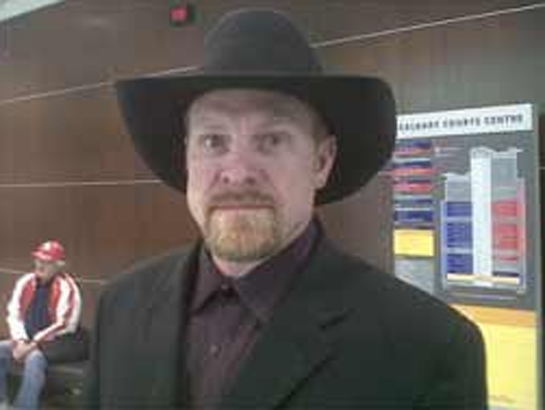 OLN’s new Mantracker is countersuing U.S. trophy hunter over a breech in their contract on big horn sheep hunting permits. So which of these bullheaded hunters will come out on top in court?

Mantracker, Chad “Savage” Lenz, refuses to pay Bruce Morgan, an American Hunter, for two non-resident Albertan hunting permits purchased by Morgan for $105,000. Lenz, who had been leasing the permits to non-resident hunters for the past four years, according to Jam Showbiz, claims the contract was breached when Morgan began shopping around for new outfitters to lease the permits.

In Alberta, only a resident can legally hold permits. Though Morgan, a U.S. citizen bought them in 2000, he needed a Class S hunting outfitter from Alberta to handle them.

Morgan claims that the payments made by the hunters using the permits over the 2005 and 2006 hunting season weren’t given to him by Lenz until December 2006.

According to afistfullofarrows.com, however, Morgan admitted that he transferred the agreement to another outfitter in 2007 without telling Lenz he wouldn’t be able to lease the permits anymore.

While both hunters are pretty stubborn, Jam Showbiz commented, “Lenz also said he’d be willing to abide by a purchasing clause in his original agreement with Morgan to pay $50,000 each for the tags…” He later admitted that they would probably be worth $200,000 today.