“Mermaids: The Body Found,” a recently aired documentary-styled science fiction program on the Discovery Channel’s Animal Planet, has stirred some... 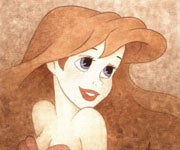 “Mermaids: The Body Found,” a recently aired documentary-styled science fiction program on the Discovery Channel’s Animal Planet, has stirred some public interest in whether mermaids are real or not. So much that the U.S. National Oceanic and Atmospheric Administration wrote a piece on its Ocean Facts page denying their existence.

“No evidence of aquatic humanoids has ever been found. Why, then, do they occupy the collective unconscious of nearly all seafaring peoples? That’s a question best left to historians, philosophers, and anthropologists,” wrote the NOAA on its Ocean Facts page.

From this story on Reuters.com:

_Ben Sherman, a spokesman for the Ocean Service, said the item on mermaids was posted June 27 in response to queries about Discovery’s fictional “documentary.” There was also interest on a couple of NOAA’s Facebook pages, he said in an email to Reuters on Thursday.

“This Ocean Fact received little attention until the Discovery News Channel reposted it with commentary on June 29,” Sherman wrote.

The Discovery site – here – suggested NOAA responded because Discovery’s documentary-style show, “Mermaids: The Body Found,” had painted a convincing picture of the existence of mermaids.