‘Goatman’ Dressed in Homemade Goat Suit on the Loose in Utah

I like a good decoy as much as the next guy, but this is crossing the line. A man dressed... 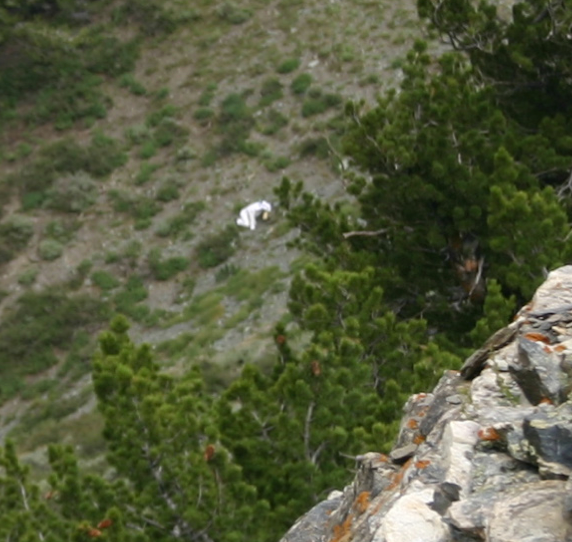 I like a good decoy as much as the next guy, but this is crossing the line. A man dressed in a homemade goat suit was spotted last Sunday on Ben Lomond Peak in Utah trying to join a group of wild mountain goats.

Coty Creighton, a photographer hiking in the area, documented the strange encounter and relayed his story to Fox13…

” ‘He was clumsy, working his way down the cliff trying to catch up with the rest of the herd,’ said Creighton. ‘With the binoculars I could clearly see it was a guy dressed up in a homemade goat suit.’
_
Creighton says the suit was big and furry and the man also wore heavy gloves so he could crawl on his hands and knees.

‘Me and Goatman were the only people for miles around,’ ” says Creighton._

The Goatman wasn’t doing anything illegal, but wildlife officials are worried that he could be in trouble once hunting season starts. Not to mention what happens when the goats decide they’re tired of being followed around by a guy in a goat suit (see mountain goat kills hiker).