If everything you know about the American Museum of Natural History comes from the movie “Night at the Museum,” then... 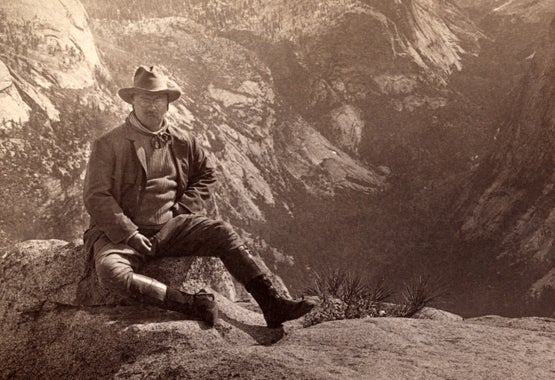 If everything you know about the American Museum of Natural History comes from the movie “Night at the Museum,” then that’s really too bad. The museum, located just off Central Park on Manhattan’s Upper West Side, is one of the few things that make life in New York City bearable for an outdoors magazine editor.

Happily, we’ll be making a field trip uptown tomorrow for the museum’s unveiling of the re-envisioned Theodore Roosevelt Memorial Hall, which, according to the invitation we received last week, “is a tribute to a legacy that endures, to a man rightly called the Conservation President, the ‘biologist-in-chief,’ a consummate New Yorker whose father helped found the Museum, to which he first contributed specimens at the age of 13.” They had us at “biologist-in-chief.”

The invite continues, “The re-envisioned and restored Theodore Roosevelt Memorial Hall features a new exhibition charting Roosevelt’s life and stands as the cornerstone of the museum’s conservation wing.” Among the artifacts to be on display is this incredible fringed buckskin hunting shirt that belonged to Roosevelt and hasn’t been shown in decades.

In addition to all that, the museum has restored the famous historic wildlife dioramas, to which TR contributed specimens, in the Jill and Lewis Bernard Family Hall of North American Mammals.

We’ll snap some photos and report back on the event later in the week. And the next time you’re in New York, be sure to fit in a trip to check out what promises to be a fascinating exhibit.