First Wolves Taken in the Wisconsin Hunting and Trapping Season

It was only a one-day trap season for Keith Follis’ but it was one he’ll remember forever. On October 20,... 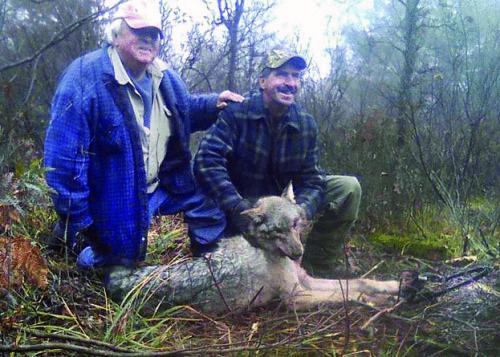 It was only a one-day trap season for Keith Follis’ but it was one he’ll remember forever.

On October 20, the Wisconsin native joined a select group of only 18 hunters and trappers to take a wolf in the state’s wolf season when he trapped one of the reintroduced predators in Brule. “The wolf wound up weighing 62 pounds,” Keith told the Duluth News Tribune. “But in the brush, it looked like 100 pounds. They’re a big animal. They’re real tall.”

Keith, 51, was especially elated to share the event with his 73-year-old father Buck Follis.

As of this writing 18 wolves of an allotted maximum harvest of 116 wolves have been taken since the season began October 15.

DNR wildlife biologist at Brule Fred Strand is more than pleased with the results of the season thus far. “I think 18 wolves in the first week would certainly greatly exceed my expectations,” Fred said. “Those people who were successful had done their prep work and scouting work ahead of time so they knew where to be and what to do.”

Of course not everyone is as excited as Fred.

Howard Goldman, director of the Minnesota Humane Society, is certain that this hunt will mean the end of wolves in Wisconsin long before the season ends February 28. “I think the population will crash,” Goldman said. This belief is one of the reasons the Humane Society filed a lawsuit asking that wolf protection come again under federal regulation.

In the meantime, hunters and trappers in Wisconsin are free to take to the field to make memories just as Keith and his father did.

“We’ll hang it [the wolf] on the wall,” Keith said. “It’ll be kind of special, something me and my dad did together.”