Highway collisions with wildlife are always a possibility, but thanks to new structures in states like Utah and Wyoming, both... 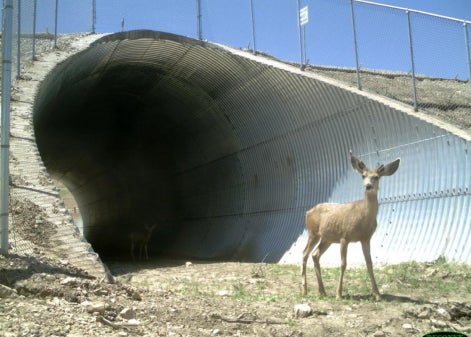 Highway collisions with wildlife are always a possibility, but thanks to new structures in states like Utah and Wyoming, both drivers and wildlife can now expect safer travels.

The Utah Department of Transportation recently installed high fencing and electrified mats along highways. These barriers channel wandering wildlife through designated crossings, which include culverts and bridges constructed specifically for the animals.

Photos from UDOT’s motion-triggered cameras prove thousands of mule deer use the new passages, along with other wildlife like elk and moose. A bobcat was even spotted using a culvert under US 6. Best of all, these efforts have since slashed crashes between cars and wildlife by more than 90 percent, according to KSL.com.

In Wyoming, migrating pronghorn herds pose particular problems for drivers. The animals travel along a 93-mile migration corridor that stretches between the Upper Green River Basin and the Grand Teton National Park.

To protect pronghorns, motorists and other wildlife, the Wyoming Department of Transportation built two overpasses and six underpasses along a single 13-mile stretch of highway. WYDOT also erected an eight-foot high fence along the road to direct animals toward the crossings.