A Brazilian angler died last week after “winning” a bet that he would hold his sole catch between his teeth... 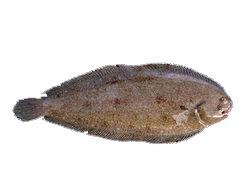 A Brazilian angler died last week after “winning” a bet that he would hold his sole catch between his teeth for friends to see. The unidentified man was fishing with friends on Icapui Beach in Brazil’s northeastern state of Ceara when he caught the only fish of the trip. For reasons unknown, the angler then bet his friends that he’d hold the fish between his teeth. His friends bet he wouldn’t, so the angler went through with the act.

Apparently the fish didn’t care to be held in human teeth, so it wriggled free and slipped down the man’s windpipe where it lodged. Despite choking on the fish, the man was able to drive to a hospital two miles away only to collapse and die in front of doctors.

Icapui’s Police Chief Carlos Alberto summed the situation up best when he told The Independent: “It was a silly thing to do, but he didn’t deserve to die because of it.”

Doctors did eventually remove the fish from the angler’s throat.

The angler’s wife posted the following tribute to her husband on a Brazilian social website Tuesday: “Only one thing comforts my heart, that I was the best wife and friend that I could have been. The best woman that I could be, there, in every hour and in every moment.”

Well, in every hour except that last one when he choked on a fish.