Brazilian researchers announced they will attempt to clone eight endangered animal species in order to prevent the collapse of wild... 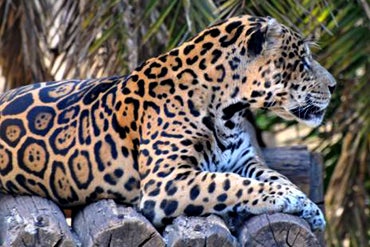 Brazilian researchers announced they will attempt to clone eight endangered animal species in order to prevent the collapse of wild populations, reports the Inter Press Service. The animals chosen for cloning include species like jaguar, gray brocket deer, and bison.

But scientists say they don’t plan to release clones into the wild just yet. The project isn’t about boosting existing wild populations; It’s more like insurance. If total extinction seriously threatens any of the eight species in the future, only then will researchers consider releasing cloned animals. They also hope to increase the number of captive animals without reducing wild populations.

Over the past two years, researchers at the Brasilia Zoological Garden have collected genetic samples like blood and umbilical cord cells, mostly from dead animals. They now have 420 samples from eight different species to use for cloning, and they plan to gather even more.

Brazil’s governmental agricultural research agency, EMBRAPA, has already succeeded in cloning over 100 cows and horses. The project’s next step requires EMBRAPA to train the zoo’s researchers in cloning techniques. The zoo hopes to begin cloning its first species, the maned wolf, within the next month.

While many support cloning endangered animals, others argue we should focus on combating the reasons animals become endangered in the first place.