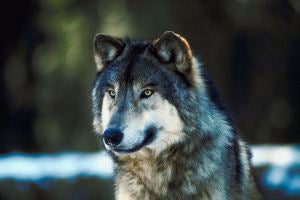 The DNR initially set a statewide limit of 200 wolves for the early season, according to their website. As hunters neared the quotas in each of Minnesota’s three wolf zones, the DNR closed zones to further harvests.

The season opened Nov. 3 and the DNR closed the east-central zone just two days later. Eight wolves were killed, just one short of the zone’s quota. The second zone to close was the northeast zone on Thursday, with 61 wolves harvested despite a quota of 58.

Although the zone exceeded the quota by three wolves, DNR officials stated earlier this year that targets in each zone are approximations. Final counts slightly above or below each quota aren’t a problem, reports the Star Tribune.

The third and final zone closed Sunday at 10 p.m., which was the deadline for registering any final kills. Hunters in the northwest zone reported taking 78 wolves out of the allotted 133.

Minnesota hunters killed 119 of the 147 wolves within the first 10 days of the season. DNR wolf specialist Dan Stark correctly predicted hunters would not reach the 200-wolf quota earlier this month. Most people who hunt wolves during the early season do so while deer hunting, and the majority of deer hunters hit the woods during the first couple days of the season. After the initial rush, fewer deer hunters resulted in fewer wolf hunters and the unmet quota.

The DNR issued 3,600 permits to early-season wolf hunters and 2,400 permits for late-season hunters and trappers. The second season is scheduled to run from Nov. 24 through Jan. 31. Since hunters fell short of the early season’s 200-wolf quota by 53 wolves, the DNR will increase the late-season quota by 53. That said, the total harvest for both seasons cannot exceed 400 wolves.