A 24-year-old man was mauled to death by a grizzly bear Sunday while cleaning its enclosure. The victim, whose name... 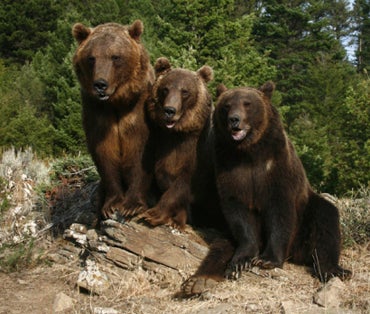 A 24-year-old man was mauled to death by a grizzly bear Sunday while cleaning its enclosure. The victim, whose name was not released, worked for Animals of Montana near Bozeman, Mont., reports the Missoulian.

The victim may have fallen and hit his head or otherwise lost consciousness before he was killed, animal trainer Demetri Price told the Washington Post. The victim did not sustain any defensive wounds and had bear spray at the time, which he apparently did not use.

Animals of Montana is a wildlife casting agency that provides captive-bred animals for movies and photo shoots. The company keeps a range of wildlife, including African lions, gray wolves, bobcats, and foxes. According to their website, the company also owned three trained grizzly bears.

One of the grizzlies had to be euthanized in order to recover the victim’s body from the enclosure.

The sheriff’s office and Montana Fish, Wildlife and Parks wardens are investigating the incident.