A group of California farmers have filed a petition with NOAA Fisheries to take Puget Sound’s killer whales off the... 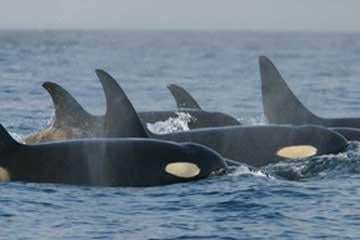 A group of California farmers have filed a petition with NOAA Fisheries to take Puget Sound’s killer whales off the endangered-species list citing that the orcas are not an isolated group and that their protection has financially hurt farmers in the area.

Puget Sound’s J, K, and L pods were listed as an Endangered Species in 2005 because they are believed to be separate from other killer whales in that they have distinct family groups, dialects, and migratory patterns.

They also eat salmon while other orcas eat sea mammals such as seals and otters. Fred Felleman, who advocated for the group to be listed as Endangered in 2001, further explained J, K, and L pods’s differences to the Seattle Times. “It’s not just their genetics, it’s culture,” Felleman said. “These clearly are the tribes of the sea, and if you extirpate that population not only do you lose the genetic code, you lose a unique brain trust.”

The Pacific Legal Foundation on behalf of Empresa de Bosque and Coburn Ranch don’t believe that J, K, and L pods are a separate group. The Pacific Legal Foundation is a non profit that has fought endangered-species listings, environmental restrictions, Title IX funding for high-school sports, affirmative action in public-sector contracting and more.

They believe that Puget Sound’s J, K and L pods comprise less than 0.2 percent of the species’ 50,000 total population. And because of this minute percentage, protecting them isn’t warranted.

The Puget Sound pods’ status as Endangered means that farmers in the area have had to reduce their irrigation in order to protect salmon runs, which are a main food source for the whales (more water left in the rivers means less water for irrigation). The lack of irrigation has made expanding operations all but impossible. If this group of whales was removed from the Endangered Species list, the farmers could run their operations with less regulation.

The killer whales would still be protected under Marine Mammal Protection Act meaning harming or harassing them is still illegal.